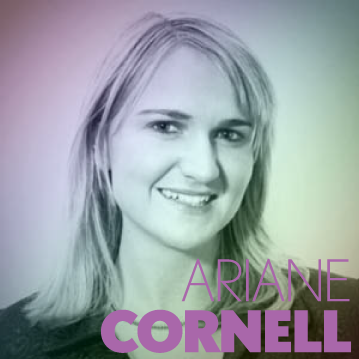 Ariane is executive director of the Space Generation Advisory Council. The Space Generation Advisory Council (SGAC) is based in Vienna, Austria and represents university students and young professionals in the global space sector. The organisation has a network of 4000 members in more than 90 countries and has Permanent Observer status in the United Nations Committee on the Peaceful Uses of Outer Space (UN COPUOS). Ariane’s interest in aerospace started at a young age: she earned her pilot’s license at the age of 17 and spent many of her early internships at NASA Ames Research Center. She serves the aerospace community in many other capacities and is a member of some of the sector’s most important bodies. She also publishes and writes as a guest blogger for “Space News”. 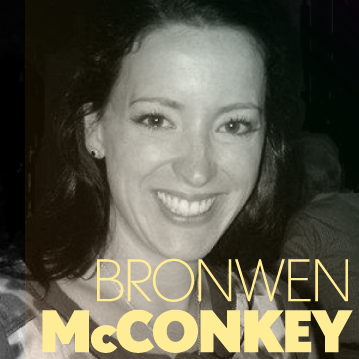 Bronwen McConkey is an e-learning luminary and an international development professional. She is dedicated to improving education in developing countries and has been working on ICT and education in Africa for over 5 years - beginning in Ghana’s Volta region where she founded an educational support NGO and was made Queen Mother in recognition of her efforts to build and support education in and around Ho. Bronwen is currently Managing Director Social Enterprise for Fusion Universal, a learning solutions company based in London, UK. Fusion’s Social Enterprise is focused on taking the innovations from the corporate entity and implementing them within the education sector in developing countries to help prepare young people for the 21st Century workforce and marketplace. Fusion’s 2020 Vision is to help improve the lives of 1 billion young people in developing countries through technology enabled education. 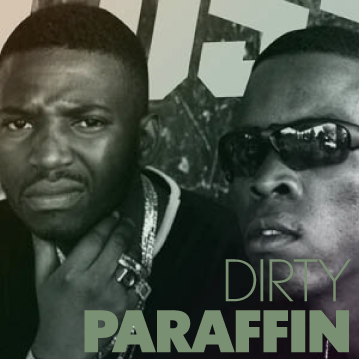 Dirty Paraffin is Okmalumkoolkat and the beat shaman Dokta SpiZee. The stereo wizards were born and bred eThekwini but crossed paths eGoli, the “capital of Africa”. This shambeez visual, performance outfit is pure juice zifozonke “best for all purpose”. Their pixelated take on digital maskandi forward slash kwaito slash primustofu has the world’s jaw dropping with awe and wonder. The duo is also on a mission to cure attitudes of the young and old, the world jikelele and spreading positive vibes through art and music. 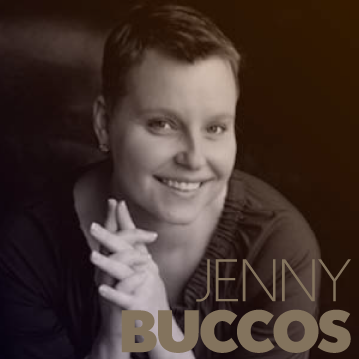 Jenny is an agent for global citizenship. Washington born and New York based, Jenny left the corporate world to co-found ProjectExplorer in 2003 as a way to provide students with access to peoples and places they may never have seen or knew existed. After 18 months of fundraising, business development and research, she produced and directed ProjectExplorer’s first program entitled Shakespeare’s England. In five short years, ProjectExplorer.org went from a simple idea to a world-class, award-winning program that has been accessed by nearly 2.5 million visitors globally. In 2007 Jenny directed and produced Yebo, South Africa! working with Archbishop Desmond Tutu, actor John Kani and photographer Greg Marinovich amongst others. This film and multimedia program is designed to inform school-aged children about South Africa’s diverse cultural history while educating about difficult subjects like HIV/AIDS and the legacy of apartheid. 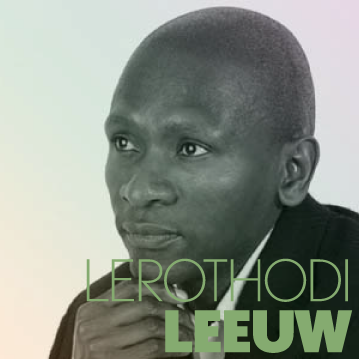 Lerothodi studies the night skies to find answers to the big questions. He is a senior lecturer and researcher in the Department of Physics at the University of Johannesburg. He is part of an international team of scientists who have discovered new methods of finding previously unknown cosmic zoom lenses that can be used as a means of looking back in time to allow astronomers to peer at galaxies in the distant Universe, and in the process, see the Universe as it was billions of years ago. When he is not looking up into the night skies, Lerothodi tinkers with photography and creative writing. He is passionate about sustainability and is fascinated by the growing body of knowledge coming out of research into animal intelligence. 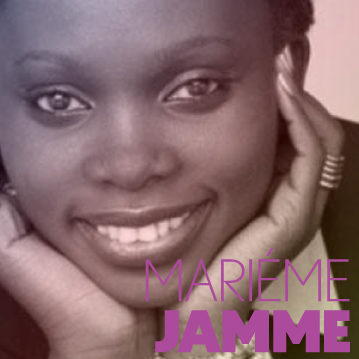 Mariéme is a social entrepreneur, philanthropist and multi-linguist. She was born in Dakar, Senegal and grew up in France. She is currently based in London where she helps IT organisations gain a foothold in Europe, the Middle East, Africa and Asia through her company, Spot Global Solutions. Mariéme recently founded iConsience, a think tank that pulls together business experts and like-minded individuals to brainstorm ethical scenarios for sustainability and development in Africa. She is also co-founder of Africa Gathering, an annual event that brings technophiles, thinkers, entrepreneurs, innovators and everybody else together to talk about positive change in development, technology, social networking, health, education, environment and good governance in Africa. Mariéme is conversant in a many languages, including her native Wolof, French, English and Japanese. 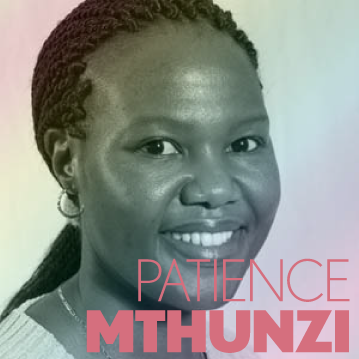 Patience uses laser technology to separate sick cells from healthy ones. She was the first person in South Africa to obtain a PhD in biophotonics, otherwise referred to as optical tweezing. She was also the first South African PhD student at the School of Physics and Astronomy of the University of St Andrews in Scotland, one of the oldest universities in the world. Her life seems to play out to the theme “Nothing is Impossible” – her journey started in Soweto where she was born and bred, then moved on to Europe where in just under 4 years she combined a bit of soul searching with extensive travel and a good dose of cutting edge science. She is back in South Africa now and her current ambition is to help put the country on the map through innovative research in the world of photonics. Watch this space. 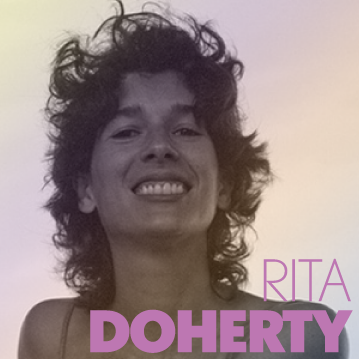 Rita directs communication strategies of South Africa’s favourite brands. Recently, in her capacity as head of strategy at advertising agency Draftfcb, Rita and her team set out to test what they felt were stubborn and persistent stereotypes of township moms still hanging around conversations in boardrooms. Her feeling was that there was a general lack of insight into where the social mobility was happening and what aspirational changes were occurring in this market. The study itself involved in-depth conversations with 20 women aged between 22 and 37 – all of whom were mothers, either employed or self-employed and living in Soweto or Alexandria. While the findings both confirmed and destroyed several perceptions, the most surprising discoveries were those concerning the lives of these women within the digital and social networking environments. 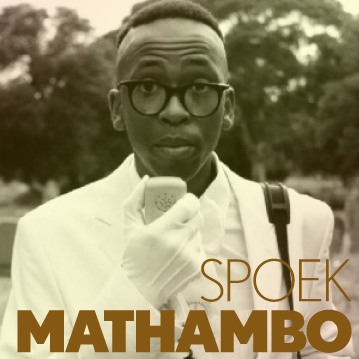 Spoek is an afro-futurist and a township tech musical pioneer extraordinaire. Skilled as a rapper/DJ and graphic designer/illustrator, Spoek sees himself as a part of a new wave of African artists that is intent on nurturing a sense of progressiveness while maintaining a pride in culture. And as front man for electro-rap outfits SWEAT.X and PLAYDOE, Spoek Mathambo has become an increasingly prominent figure in the international music scene over the last couple of years. He has gathered attention as far afield as the New York Times, Fader Magazine and the Guardian Weekly. Spoek has arrived, and he has brought with him a new distinct genre of music fashioned from an eclectic African experience for the world to enjoy. 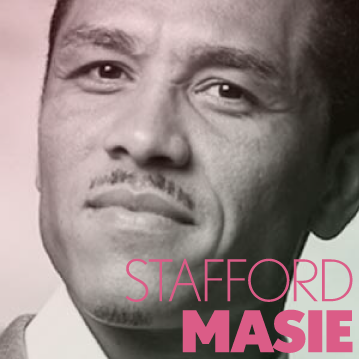 Stafford is a self-confessed serial tech entrepreneur. He has started and sold his own consulting and engineering services company; he has driven the global partnerships and corporate technology strategy for global tech giant Novell in Latin America, Middle East, Sub Saharan Africa and Southern Europe; he has assumed the role of country manager for the same company in South Africa; and he has taken on the responsibility of establishing Google’s presence in South Africa. When he’s not busy doing tech stuff, Stafford pilots microlight and single prop aircraft and dives and skis when the weather permits. He is recognised in South Africa as a disruptive strategist and a tech futurist. 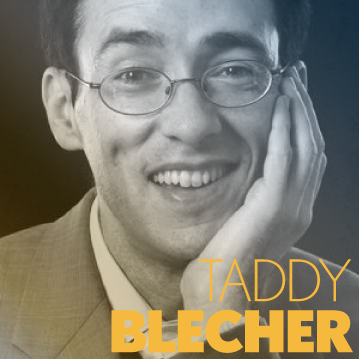 Taddy is a world-renowned pioneer of the free education movement. In 1999 he and his colleagues opened the doors to CIDA City Campus, South Africa’s first ever free university. Since then, over 4500 disadvantaged young people have walked out the campus armed with a four-year business degree and a chance to make something of their lives. In 2007, after leaving CIDA City Campus, Taddy launched the Maharishi Institute, a new learning institution located in the Johannesburg CBD. The idea is to take education to another level by creating a worldwide breakthrough using a consciousness-based approach. In the process, Taddy hopes to showcase South Africa as a leading innovator in education provision. 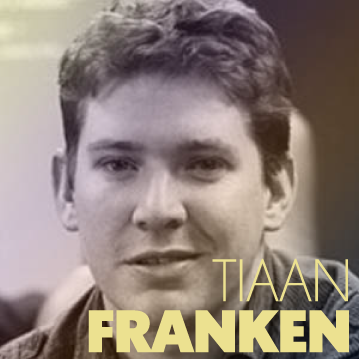 Tiaan is technical director of Jock of the Bushveld. Jock of the Bushveld is the recent South African produced 3D animated feature film that has attracted interest from Hollywood and film distributors from around the world. The story is set in the late 1880s when Africa’s mineral richness, teeming animal life and incomparable natural beauty, drew and captivated explorers and adventurers from all over the world. Cut to late 2007 and the adventure of Jock continued to fascinate and enthrall. Producer/director Duncan MacNeillie, assisted by Tiaan Franken and a small team of animators, set up shop in Johannesburg to begin what was arguably the most epic project ever undertaken by a South African film production crew. Three years later, the result is a product of undeniable world-class quality and a new dimension for the development of the South African film industry.